Just an hour north of the Indian border, the nondescript town of Lumbini, Nepal is famous for being the birthplace of the Buddha. We decided to stop here for a few days on our way to Pokhara.

We arrived hot and exhausted after 36 hours of travel. We settled into Lumbini Village Lodge to find out that Nepal is experiencing a power shortage. Because of low rainfall, the hydroelectric power was only available a few hours a day. The rolling outages meant only a few hours of power during the day and a few again at night. Hotels and restaurants had batteries which meant a few lights would turn on and the meager WiFi worked all day. But the fans only worked when the power was on.

We attempted to rest in the hot, breezeless rooms, which luckily cooled down some at night. The next day, still tired and not quite recovered from the traveler’s sickness we got in Agra, we rented bikes to ride around the temples and monuments.

Let’s just say, most of us weren’t thrilled to be on bikes, but it turned out we only rode across the street before we had to park the bikes outside the complex.

Inside we saw Mayadevi, our first Nepalese Buddhist Temple complete with Buddha’s eyes on the top of the stupa. 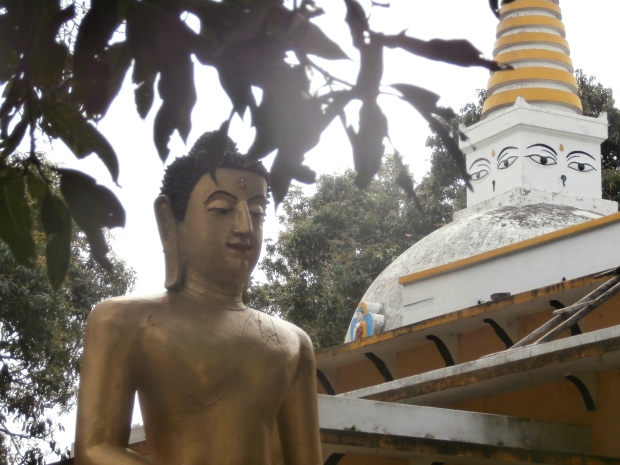 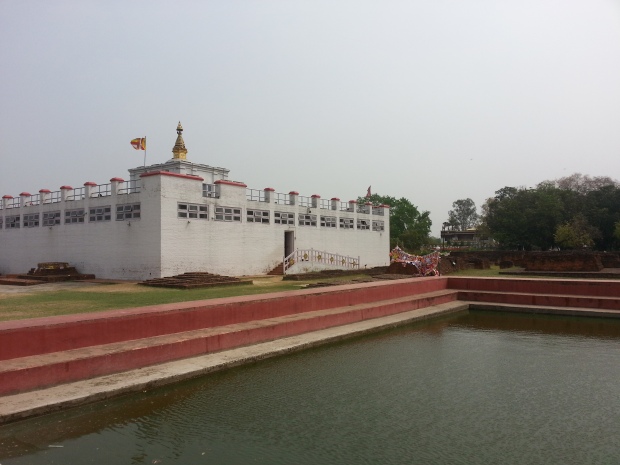 They were placing gold leaf on the rock representing the place where the Buddha was born. A carving of a mother and child hung over the rock.

We attempted to use our bikes to ride around the rest of the complex to see the peace flame and the other temples, but the poor maps led us nowhere, so we gave up.

Later in the afternoon with a better map, Rand and I took the bikes back out, but the temples were closed.

I can’t say we had a great time in Lumbini, but it was interesting to see the Buddha’s place of birth. 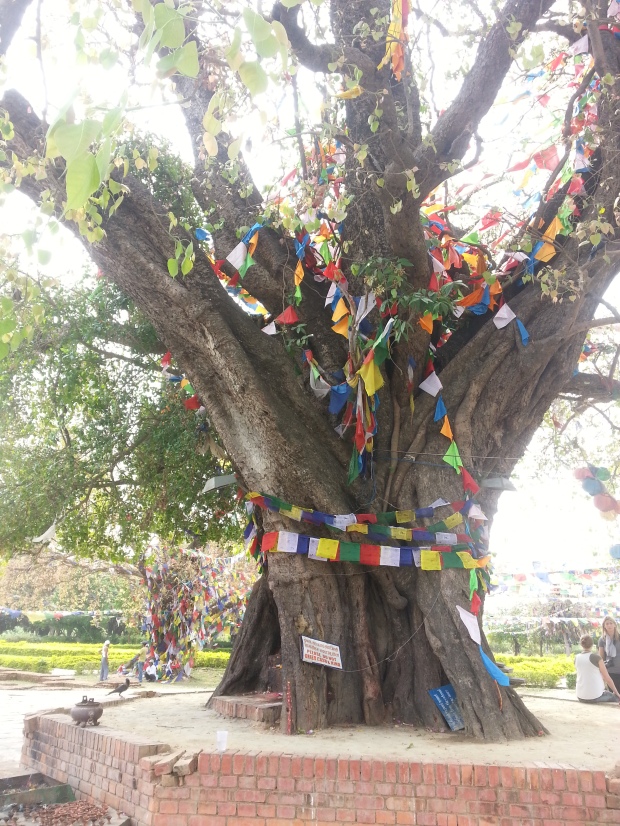 2 thoughts on “Lumbini, Nepal: The Birthplace of Buddha”

In case this wasn’t clear #nationalcomingoutday
“There's neither malice nor remorse on the Serengeti”
Standing on the equator 🌞
Game drive in the Masai Mara. Part of the park on the north side of the river is actually in Tanzania, so unexpectedly got to add another country to my count 🙌
Another kitty #leopard
This is Dennis and Asa. We hired them to be our porters for the gorilla trekking, not because we needed porters, but to support the community that had been hit hard by lack of tourist income because of Covid. They were so sweet. In addition to carrying our bags, they also watched out for me and gave me a hand anytime I looked like I needed help. The hardest part of the trek for me was not the impenetrable jungle but the steep uphill through a tea field before we got to the jungle. Halfway up I was sucking wind pretty hard (I want to blame to the elevation since I live at sea level, but let’s be honest, lack of fitness probably played a role, too 😂) Dennis and Asa noticed and one of them grabbed my hand and starting pulling while the other pushed from behind. It was pretty hilarious, but I kept a straight face and let them do their job.