Thanks to a super delayed flight from Delhi to London we got to spend the night in London and had time to go into the city the next morning before our flight to Madrid.

We wanted to go into the city the first evening as well, but the cost to get into the city from our airport hotel, even using public transportation, is insane. About £130 for our family of five! Also, by the time we sorted out getting our hotel voucher and got to the hotel it was around 9 pm and we hadn’t had dinner.

So we stayed at the hotel and enjoyed our free buffet dinner. Especially the beef and pork offerings that we had been missing so much during our 4 months in India.

The girls and I were super excited to get a unexpected visit to London.

We had originally planned to stop over in London on our way home to the US from India, but it turns out London (and England) are really, really expensive, especially when you are multiplying everything by 5.

So we made plans to stopover in Madrid instead. But as fate would have it, the Delhi to London leg of our flight to Madrid was delayed giving us an overnight at a London airport hotel and time in the morning to pop into the city for a few hours.

It would still cost $200 to get into the city and back to the airport, but because of the delay, the airlines fed us and gave us lodging for two days, so we still ended up ahead.

At 6 am on a rainy Monday morning, we climbed into a black town car (it cost the same as the 5 of us taking the airport shuttle from the hotel to the airport and the tube from the airport into the city and back) and made our way into the heart of London.

Our driver stopped to let us take pictures of Buckingham Palace and then dropped us off at Westminster Bridge.

Borrowed hotel umbrellas in hand, we made our way out on the bridge to take photos of Parliament and Big Ben. 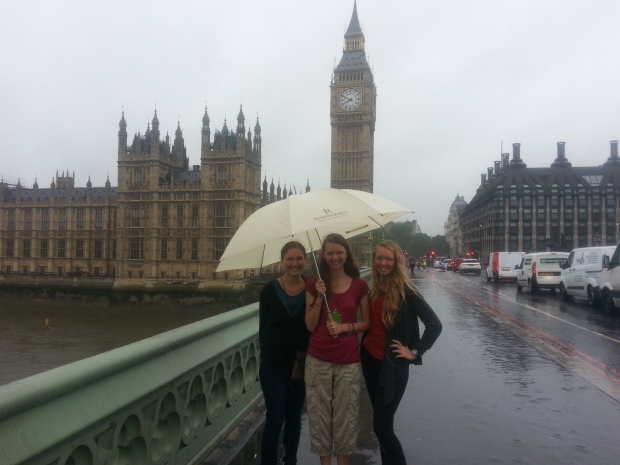 Splashing through the puddles, we found a view of Westminster Abbey. 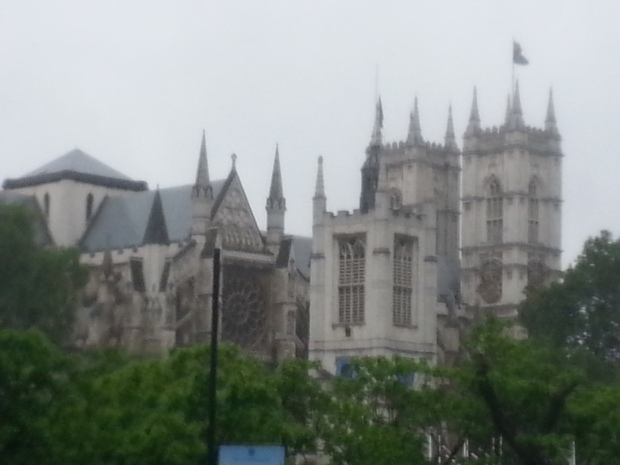 With grins on our faces and soaking wet feet, we made our way to Trafalgar Square, snapping pictures of all the iconic British sights, The Eye, double decker buses, red phone booths, signs for the tube.

From Trafalgar Square, we wandered over to the West End and wished we had time to see a show. We were giddy and sad when we came across the Theater played Harry Potter and the Cursed Child. 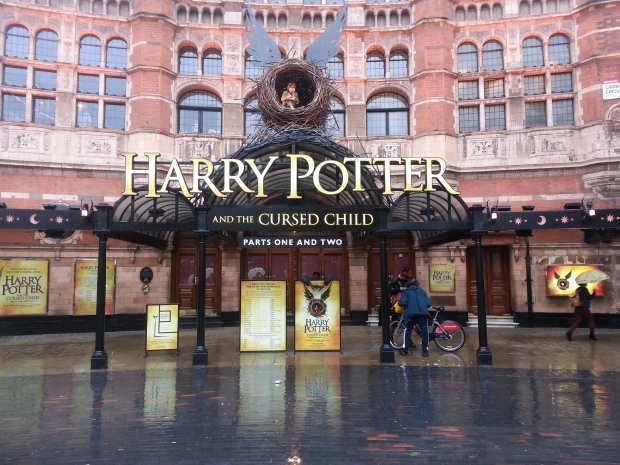 We had planned to take the tube up to the British Library, but at peak time it costs £5 per person! And we only planned to go 2 stops. We couldn’t justify outrageous cost. We thought about walking, but we were running out of time. I was bummed not to get to take the girls to see the old manuscripts, especially the original copy of Alice in Wonderland, a book Sierra loves.

Our last stop was the British Museum. We had about an hour to admire the Elgin Marbles, see the Rosetta Stone and dry off a bit before our driver was scheduled to pick us up.

Despite the dreary weather, we enjoyed our few hours in London. In fact, Sierra said the gray sky and cool, wet weather made the city feel just how she expected it to. Even though we weren’t expecting to get to see London at all this trip.

I’m not saying this will work for everyone, but this is how my family got to spend 20 hours in London for free in the summer of 2016.