A visit to Goa isn’t complete without spending some time on a Goan beach. Goa is known for its party backpacker scene (which we weren’t looking for), so we searched for a more laid back family-friendly beach. Palolem Beach fit the bill.

Palolem’s beach bungalows are torn down and rebuilt every season. Some are nothing more than a few boards nailed together and others are fancier and even have A/C.

When we arrived at the beach we were immediately bombarded by touts offering to show us rooms. We chose one with relatively low priced rooms (600 rs each) and followed him down the beach. Another tout followed us saying, “If you don’t like, you come look at mine next.”

We didn’t like the 600 rupee rooms. They were dark and small. So we wandered back to the other bungalows, but not before being stopped and invited to look at yet another set of bungalows. We decided to go with the second guy’s rooms after bargaining him down from 1000 rs per to room to 800 rs per room. D’ Costas beach huts would be our little beach home for the next week.

We had such a relaxing time there, we didn’t want to leave when the week was up.

We took a boat out to see dolphins one morning

And we took a small boat up the river where our guide threw fish to a huge flock of eagles that swooped down and caught the fish, sometimes in mid-air. It was crazy! 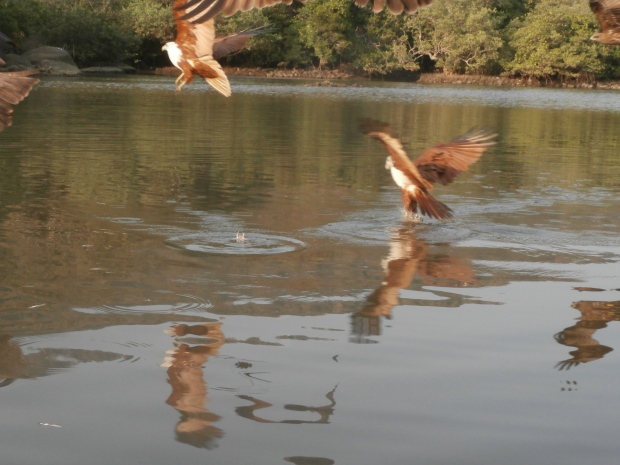 We took sunset walks on the beach. 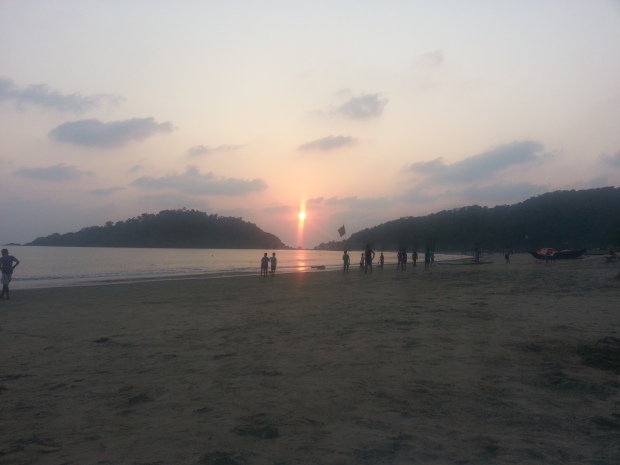 We ate delicious food at the restaurants on the beach. Goa is known for its vindaloo curry and it was amazing.

Also, Rand and I took a cooking class. 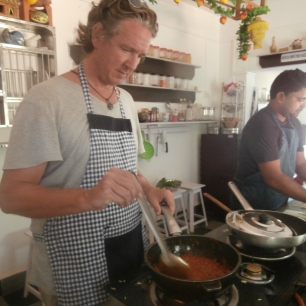 We dodged cows as we shopped and bargained in the little shops on the main street.

The girls and I got henna for the first time since we arrived in India. 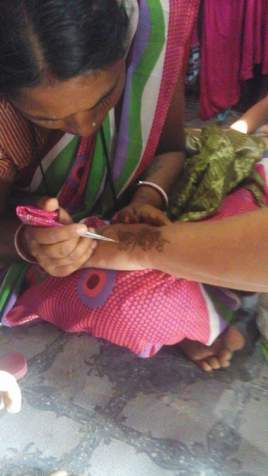 We even made friends with another family. The wife was from Alabama and the husband from Spain. Their two young daughters had adorable Spainish/American southern/British (they lived a year in London) accents. Kali and Arwen even earned some rupees babysitting them for a day.

We debated going to one of the silent raves held at the end of the beach on the weekends. The girls didn’t seem overly excited to go to a dance club with their parents. But I thought it would be fun to don headphones and dance the night away (silent dance clubs have become popular everywhere, but in Palolem, they are helpful for getting around the late night noise ban). My new friend Kelly even offered to go with me, but I was feeling under the weather that night and declined. But now I kind of regret it.

We were surprised at how much better we liked Palolem Beach than Sri Lanka’s similarly touristy beach at Mirissa.

We had a really good time there and Rand even suggested that he would like to come back and spend and entire season there being a beach bum. 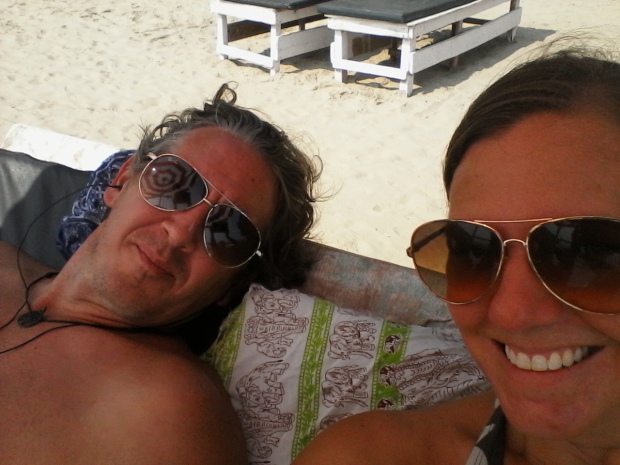 One thought on “Being Beach Bums on Palolem Beach in Goa”