During our time in Kathmandu we hired a driver and took a day trip around the Kathmandu Valley. We visited Dakshinkali Temple, a Buddhist monastery on a hill, and the village of Kirtiphur.

Our daughter was named for the Kali Gandaki River, not the Hindu goddess of destruction, but we still thought it would be interesting to visit Dakshinkali Temple while in the Kathmandu Valley.

There, devotees gather to make sacrifices to the goddess Kali, including animal sacrifices. As we walked toward to temple, we saw goats and chicken for sale. 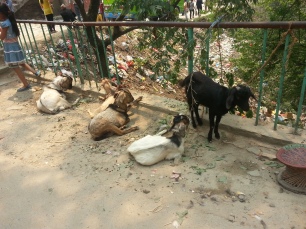 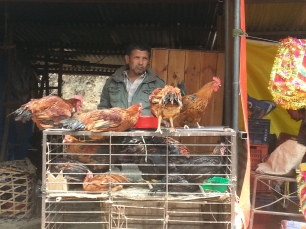 We were not allowed onto the temple grounds, but we could observe from above. We didn’t see any animals being killed, but we did see someone carrying a headless goat and spotted several chickens that had been sacrificed. 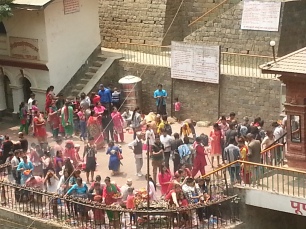 Our Kali was pretty disturbed.

Next our taxi driver took us to a monastery on a hill. Parping Monestary, I think. I forgot to write down the name and now I don’t remember. Up, up we climbed until we had a view of the valley below.

A young monk road his bike around the stupa inside the monastery. 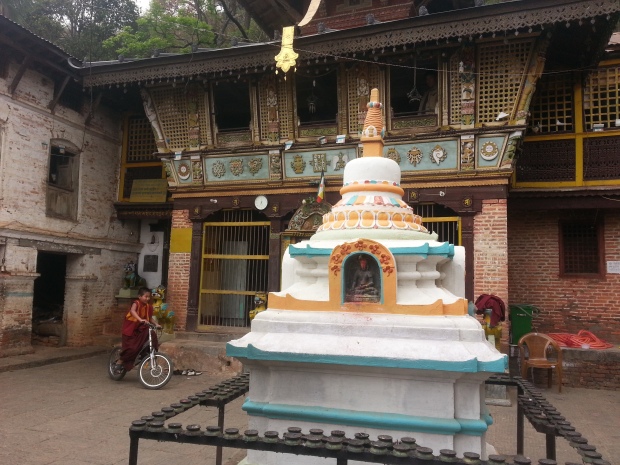 Having visited many Buddhist temples in Thailand, it was interesting to see difference in the outward expression of the religion. The Buddha’s eyes and the prayer flags being unique to central Asian Buddhism. 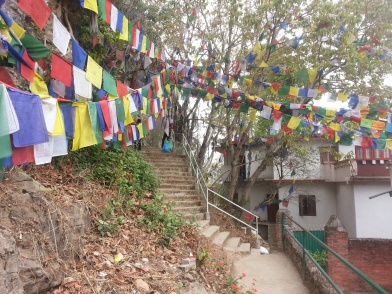 Our last stop was the village of Kirtiphur. Set on a hill, it felt like traveling back in time. Narrow brick streets and squares with temples and sculptures dating back to medieval times.

The teenage boys hanging out at the base of the three tiered temple brought me back to present day. 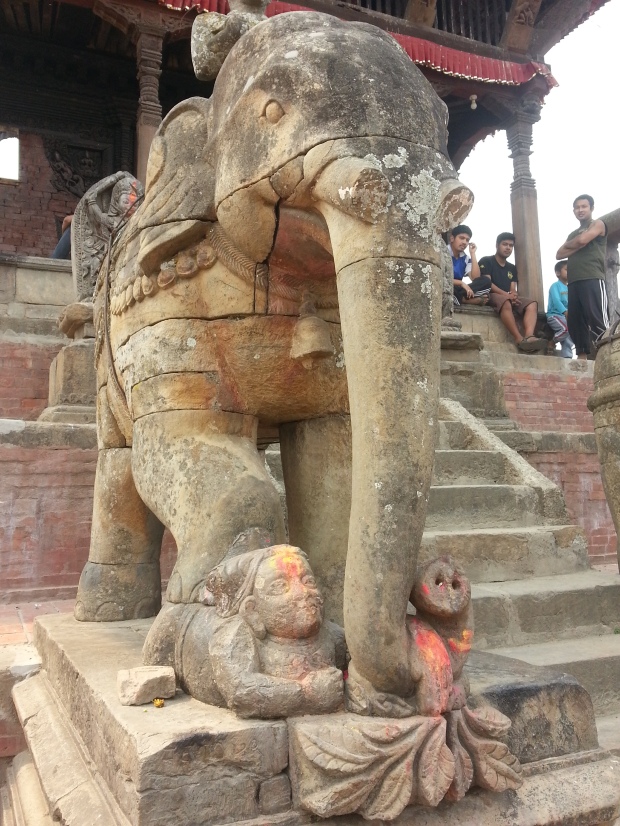 Then it was just a short drive back to the hustle and bustle of the city of Kathmandu.

2 thoughts on “A Day Trip in the Kathmandu Valley”